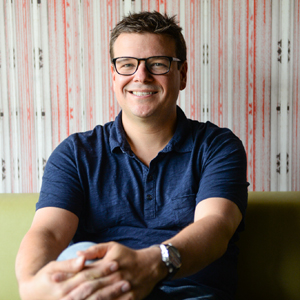 Josh Antenucci is known for delivering superior live event productions with a team prepared for whatever challenges it encounters. It’s this consistency coupled with his vision for fan experience that has been the foothold for Rival Entertainment’s event production success.

Josh began his live event career while attending George Washington University in D.C. During his 8 years in the nation’s capital, he promoted a then-little-known high-school band named O.A.R. and produced a D.C. mayoral inauguration gala and the concert series Rockin’ the District on the steps of a Smithsonian Museum. Upon arrival in Atlanta in 2004, Josh revived the EarthLink Live venue (later re-branded Center Stage Atlanta) in Midtown and opened the doors to two more venues within the building, The Loft and Vinyl.

While continuing to run the day-to-day operations of Center Stage Atlanta, Josh Antenucci is the Event Producer and Production Manager for Rival Entertainment events. He enjoys crafting live event site designs and overseeing all event operations, such as production, concessions, crowd management and security. Concerts and annual events that he has brought to life include the Outkast ATLast reunion and Party in the Park in Centennial Olympic Park, Candler Park Music & Food Fest, and Beltline Boil in Historic Fourth Ward Park.

When he’s not tending to Rival’s next event, you can find this Frankfort, Kentucky-born Colonel, 15-year NOLA JazzFest veteran and bourbon aficionado hanging out in Inman Park, traveling the world and finding inspiration from storytelling classics by Springsteen, Dylan, Buffett and other masters of their trade.

Back to Team Bios