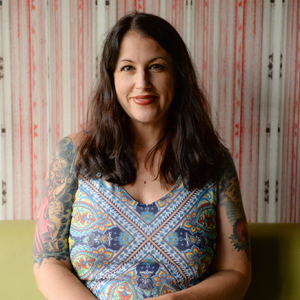 Lucy Freas has been working her prowess in concert booking since 1996. Over her tenure in the music business, she has cultivated relationships with the industry’s leading agents—some of whom she has been building artists with for almost two decades.

During her first foray in live events at Concert/Southern Promotions (now Live Nation), she quickly rose in the ranks from a runner to production assistant to talent buyer for The Roxy, Cotton Club and Tabernacle within her first year—all while attending Georgia State University. Lucy went on to book four years of Music Midtown’s productions, from 1998 to 2001. In late 2001, she joined House of Blues Club Network, where she bought talent for Earthlink Live and venues throughout the Southeast prior to the launch of Rival Entertainment in 2004.

Aside from booking artists ranging from Foo Fighters to Outkast, this Gainesville, Ga. native is most passionate about spending time with her two children and husband. She also likes to garden, ride motorcycles, dance in the kitchen to Johnny Cash and support the efforts of pit bull rescues.

Back to Team Bios